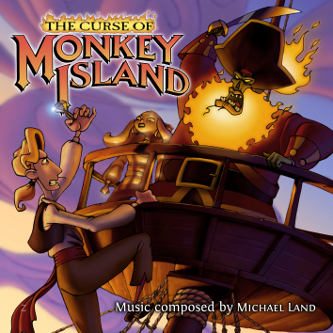 The Curse of Monkey Island
music by Michael Land

The mad wish to extract audio files from Monkey Island 3 and present them in a listenable fashion was born from the disappointment that there were no (for me) satisfactory releases out there. There is — should I say “of course”? — no official album around, so I had to browse the whole game for usable music and sounds like everyone before me. But this — I hope — definitive “Mega Monkey edition” contains every tune you might have missed from other people's attempts to present the soundtrack and it retains the highest possible quality.

For those who don't want to listen to the two-and-a-half-hour score, I also included “essential” playlists, which also might be useful when preparing something like an audio CD...

There is also a “lo-fi” version, as the source files were of mediocre quality.

While downloading, why not have a look at the show-off track list below or listen to a 55-minutes selection on Soundcloud?