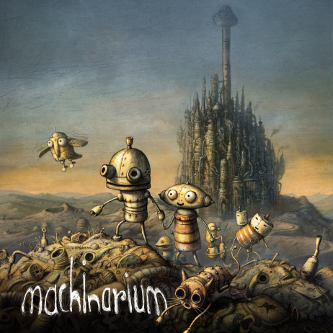 Tomáš Dvořák's electro-acoustic Machinarium music got officially released on album in October 2009. It was followed by a free bonus EP a month later. Still there were around 34 minutes of unreleased music which is presented in this complementary edition.

To purchase the official album and other music by Floex/Tomáš Dvořák, visit the artist's store.

This expansion consists of game-file rips with an original audio quality of MP3 at 160 kbps. In order to facilitate an enjoyable listening experience, edits were to be made. Which is why the resulting tracks are presented in FLAC format.